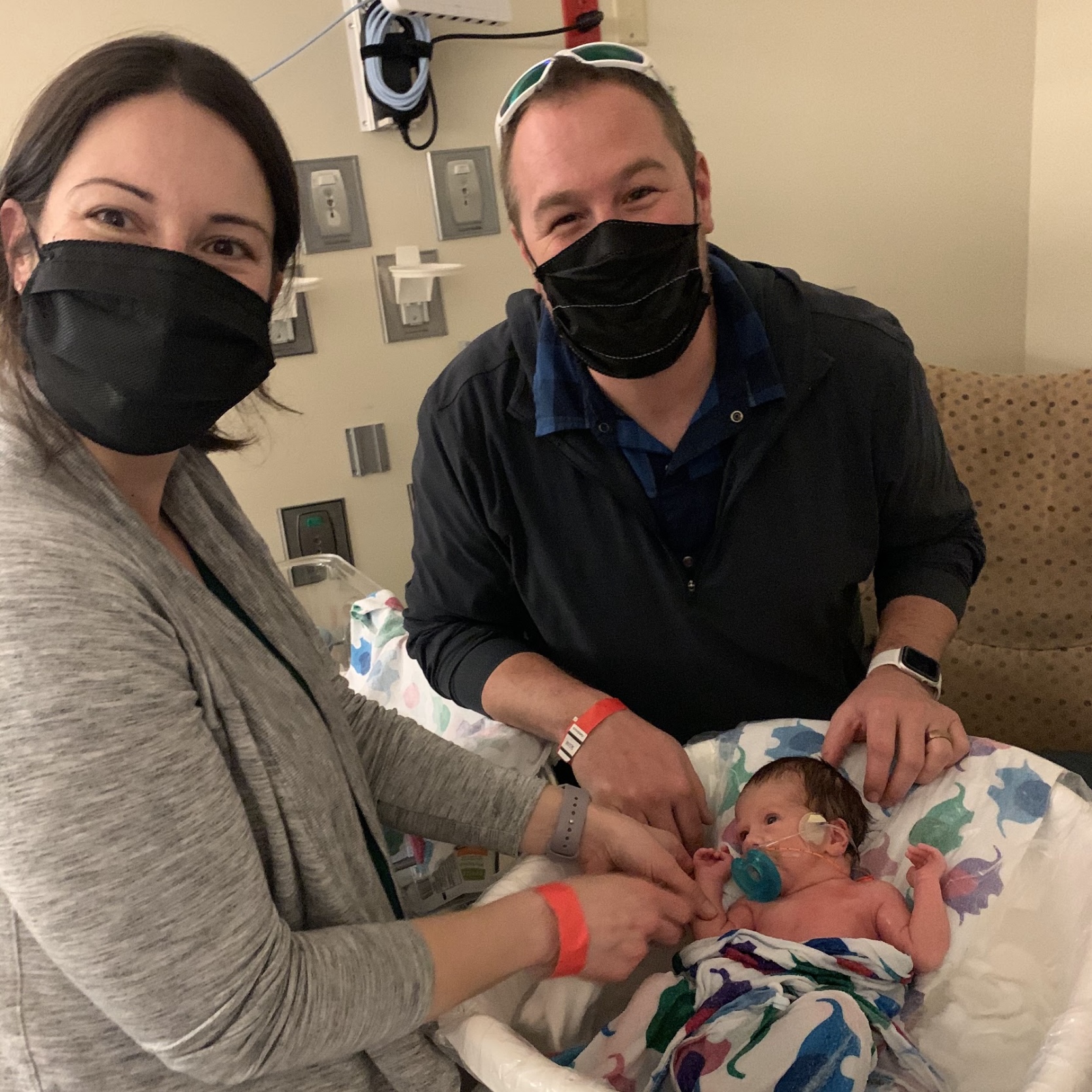 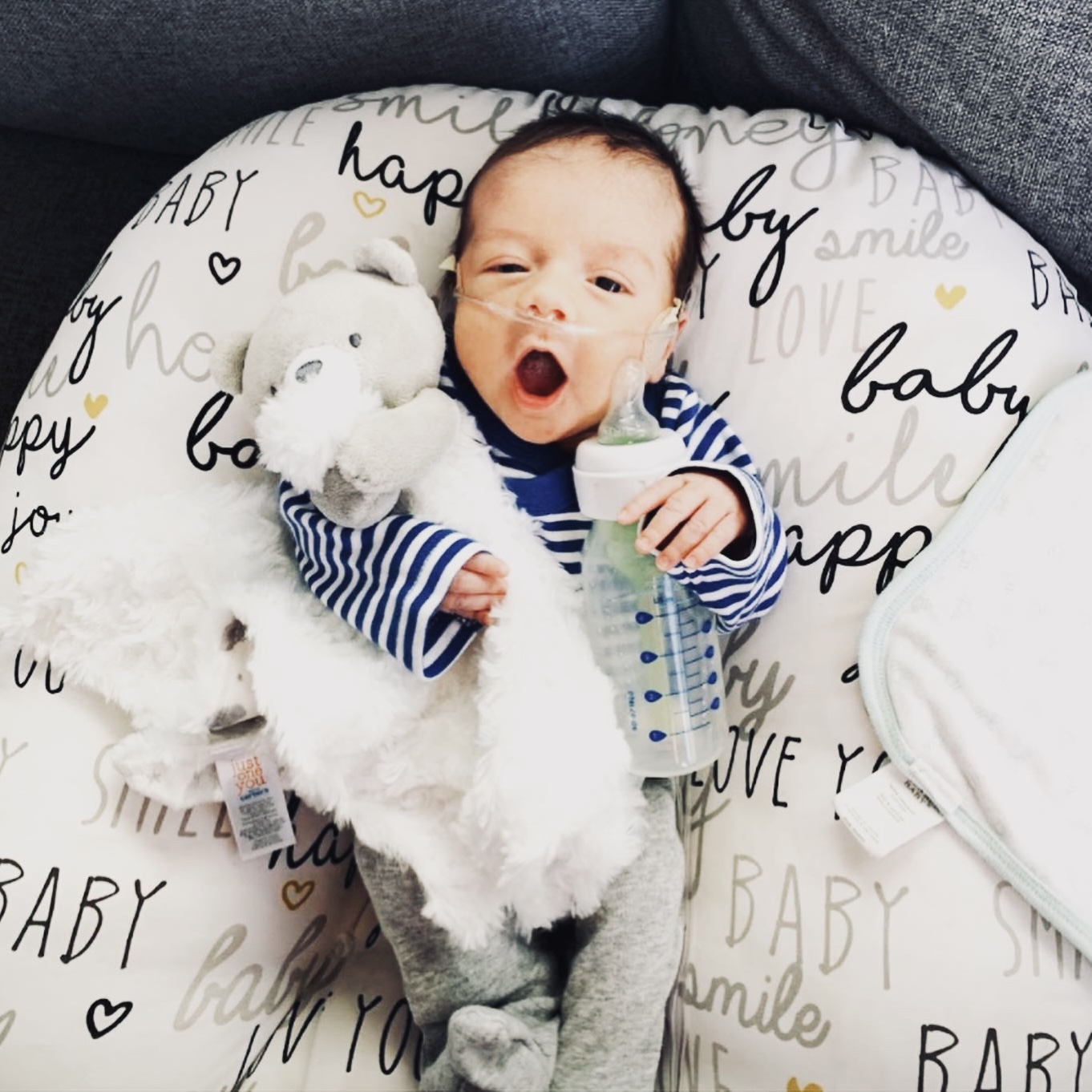 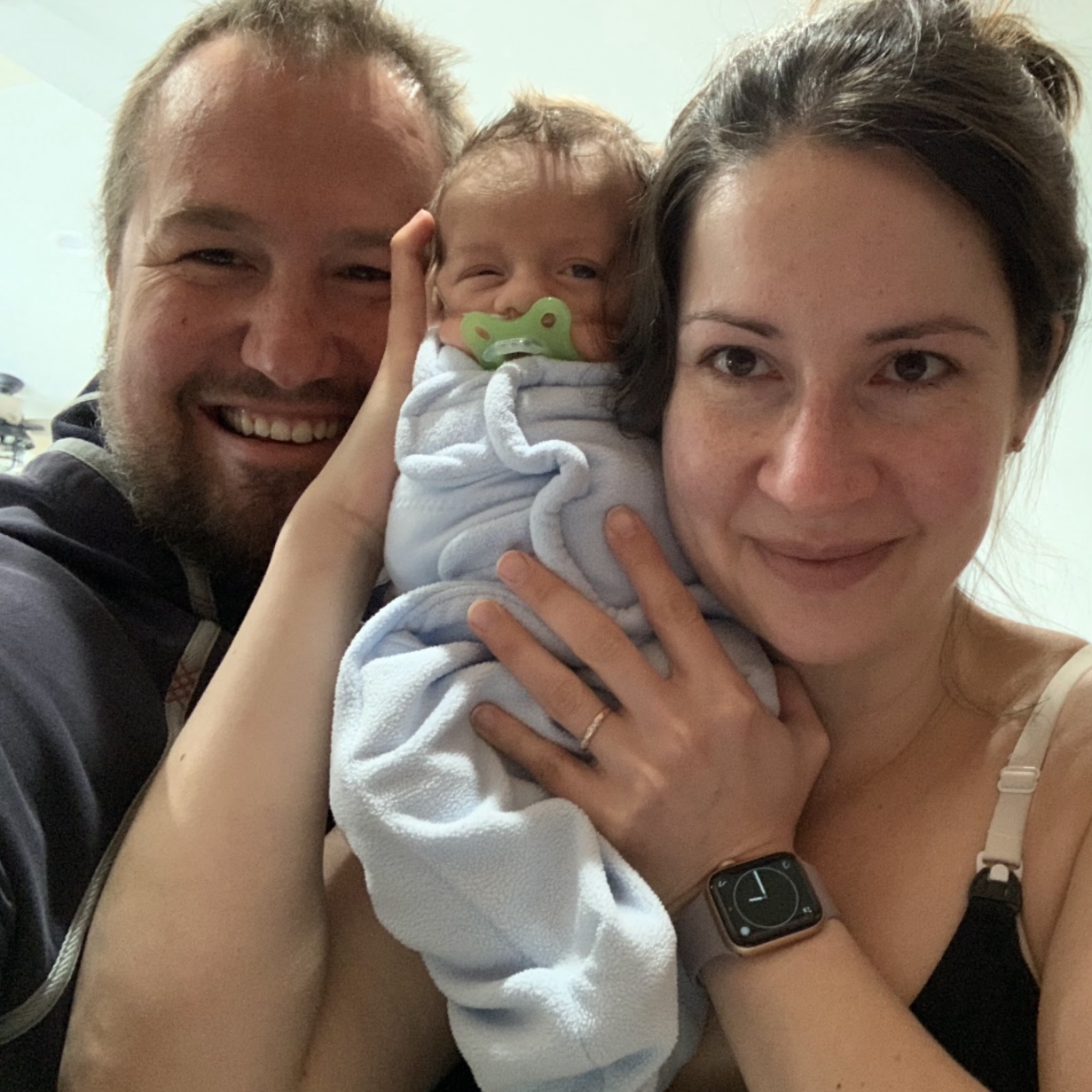 There’s a heaviness that weighs on you when you’re holding your newborn child and they need something that you can’t provide. So when hope arises, you take it. You do whatever it takes to help your child. Please give me just a moment of your time because I want to tell you, as a parent, what hope looks like.

Nurses were already rushing our newborn out of the delivery room when the doctor turned and asked me the hardest question of my life:

Do you want to stay with your wife or go with your son?

I froze. I had just driven four panicked hours through a snowstorm and barely made it in time to see the birth of Benny. Our local hospital wasn’t equipped for this type of preemie birth and COVID had kept me from being with my wife as they loaded her onto an emergency flight down to Denver. I was clueless if there had been any complications with her on the way. I didn’t know what was wrong with Benny, only that they had to strap a CPAP to him before I could even see his face. I didn’t know where they were taking him or where they’d be taking my wife. Lene looked just as confused and scared as I felt. I kissed her forehead and followed the nurses to the NICU.

I only saw glimpses of my child as they hooked up countless monitors to his tiny frame before asking me to leave. A baby’s lungs aren’t completely developed until full term. Benny was 7 weeks early. His doctors said rest was a priority so he could continue to grow. That meant if we were going to hold him, it would have to be for three uninterrupted hours at a time. He would begin his battle and we would begin our wait.

There’s nothing for you to do in a hospital except to roam and worry. Nothing to occupy your mind except sterile walls. So I wandered the halls until a gift shop sign caught my eye, The Mountains are Calling and I Must Go! I rushed in to buy the sign to place in the otherwise empty NICU pod where my newborn was fighting to breathe. He needed to know that the mountains were calling and he had to get home. My son had to get home.

It had happened before but not while I was holding him. He was in my arms when his heart stopped beating. You couldn’t see a change in his peaceful face but you could hear the sounds of machines yelling. Terror gripped me as doctors came running in. In that moment you become painfully aware of the throbbing of your own heartbeat. What a father wouldn’t do to give their flatlined child his own heartbeat.

Then the heart monitor started chirping normally again. It wouldn’t be the last time his heartbeat dropped out like that. I looked at that sign above his crib and tried to breathe. He would get home. He had to get home.

A month had gone by before they told us we would be released but that Benny would need physical therapy. They were concerned about his preference for his right side, lack of overall symmetry, and excessive extension. But we were running out of options because we lived outside of most service areas. The nurse said she had one last idea.

So there we were, buckling our 6 lb baby into a car seat and driving away from the comfort of hospital resources and the reassurance of trained nurses. We were headed into the unknown. A place where my child would need something that I couldn’t give him.

On our way out the nurse came running, smiling from ear to ear, a look of triumph on her face. “Great news!” she yelled, “Horizons Early Intervention said they’d be in touch with you.” We didn’t know the extent of what that meant, but she pushed a packet of information in our hands and waved us off.

We came to learn that Early Intervention meant working with Jodi, an occupational therapist. At the time, Benny’s digestive system was causing him a lot of pain from being so unregulated. He hated being on his stomach which meant sleepless nights and not learning to lift his head. He wasn’t active like you would expect from a baby. Therapy with Jodi meant trying different ways to lull him to sleep. It meant tips for holding him differently after eating so his stomach would digest easier and also giving him toys that encouraged him to wiggle around. Early Intervention meant support in a community setting where help was one phone call away if you needed on-the-spot advice. Jodi’s therapy grows as Benny grows and she uses items in our house so that we can continue working with Benny even after our session ends. And truth be told, it’s therapy for Lene and me more than it is for Benny.

My wife and I volunteered to write this letter because we cannot thank you enough for making those things possible. The Early Intervention program was our hope and your donation will be the hope of another family. I can promise you that Early Intervention is worth it. It’s worth it for your child. It’s worth it for the parent who is just doing their best to give their kid the world.

I’m hoping you’ll join me in giving this hope to other families who are faced with the unknown. While you have my letter in hand, please fill out the form and mail it back with your gift or follow the QR code. By donating to Little Points of Light, another family in your community can have the hope of Early Intervention.