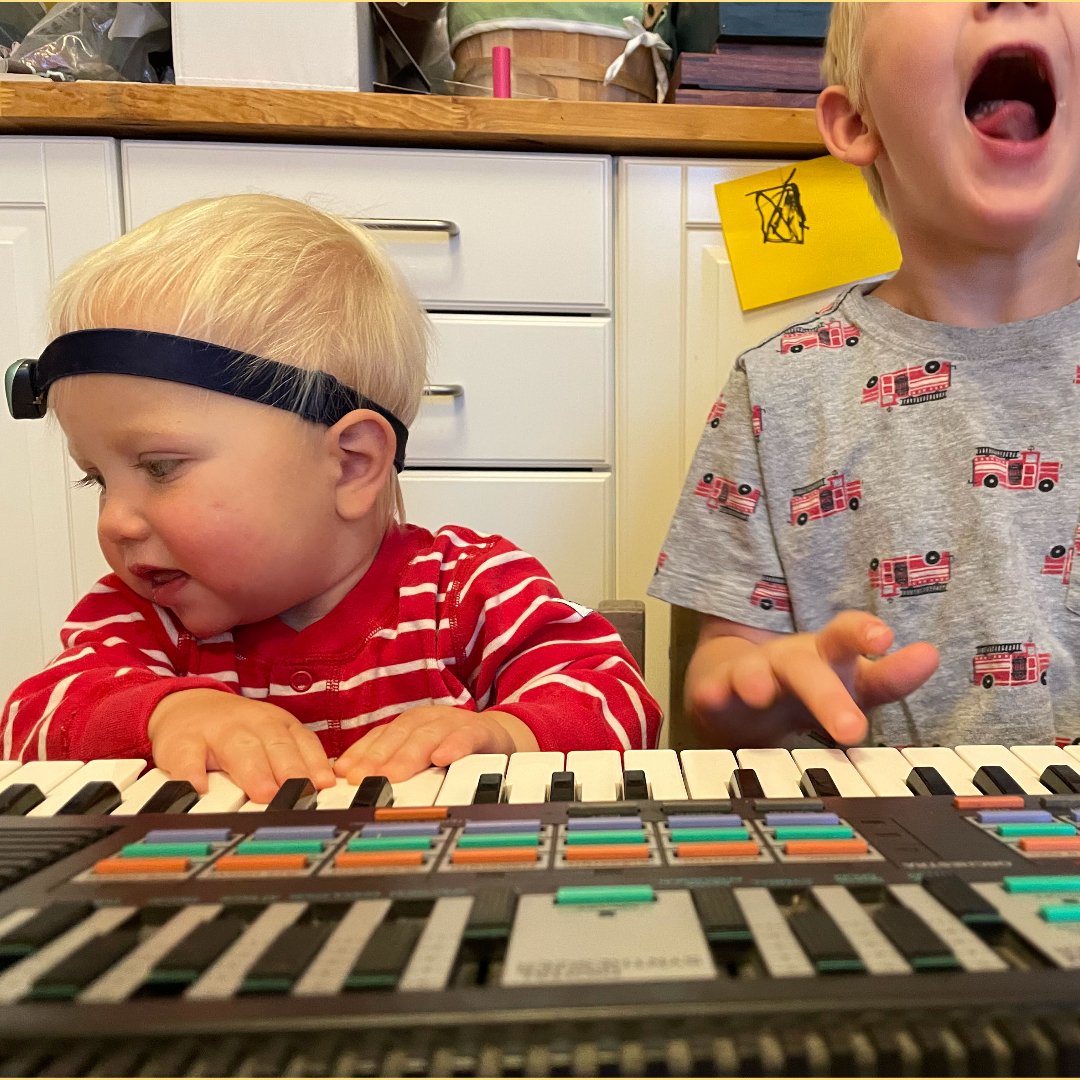 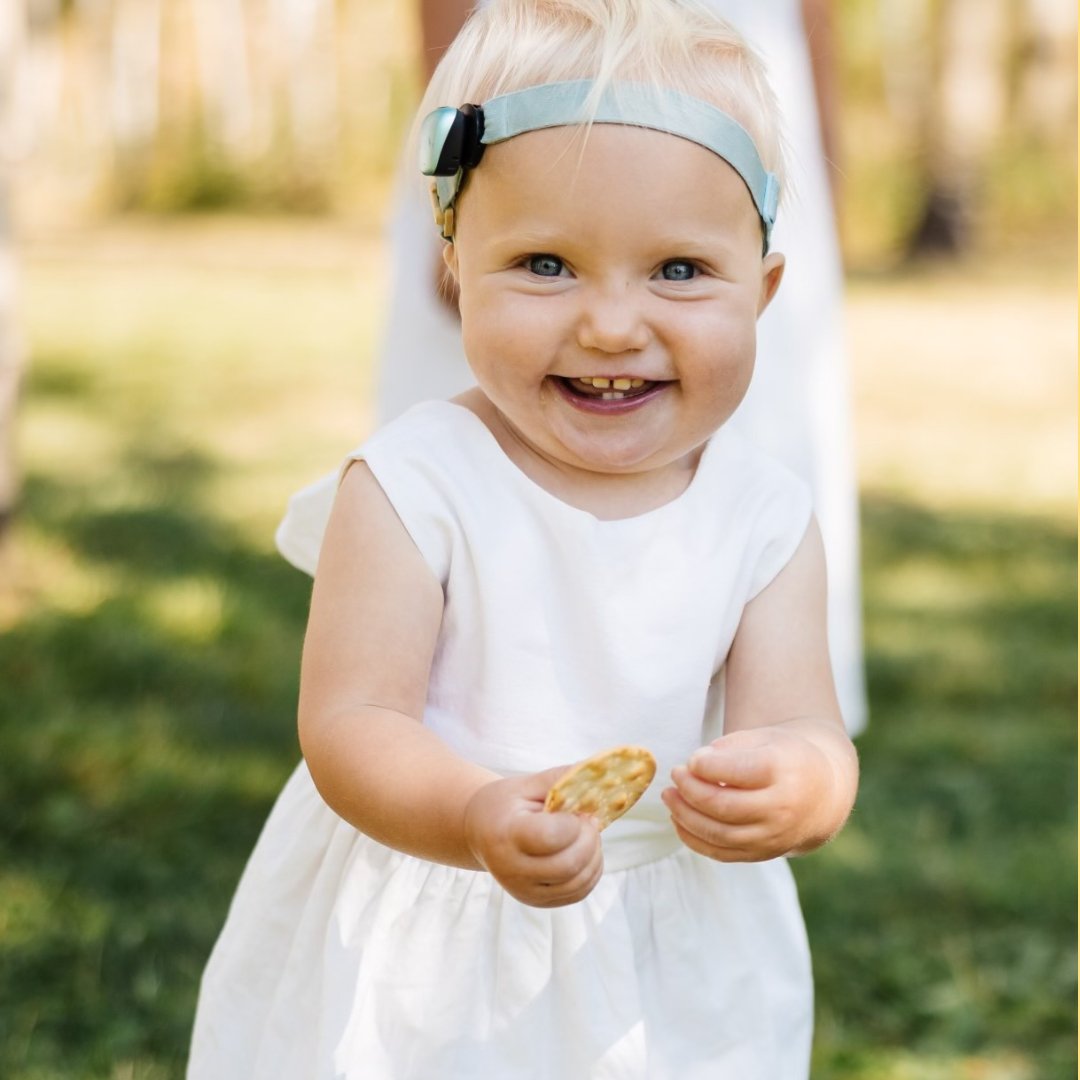 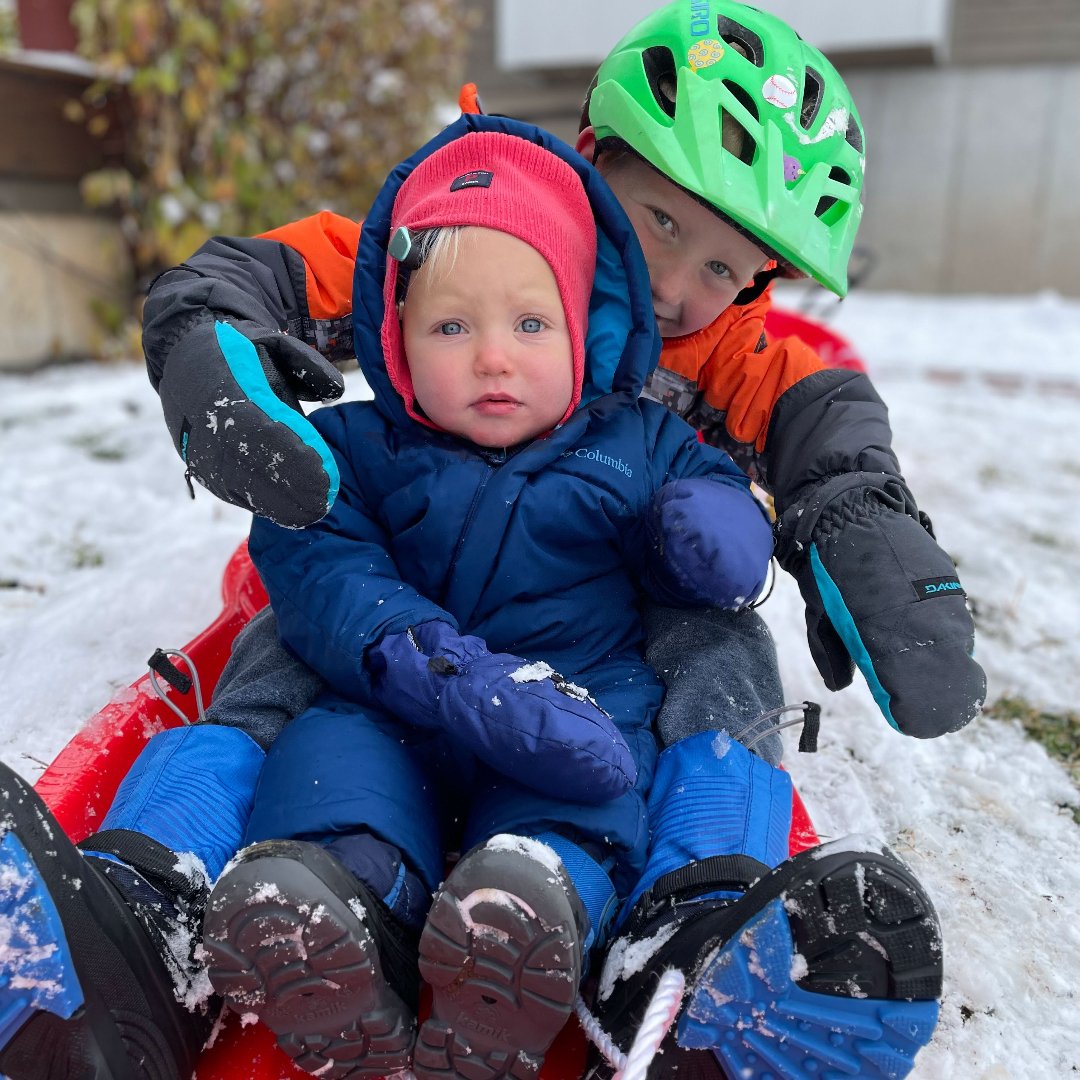 For all the parents facing uncertainty with their child, from wondering if they’ll be able to take their first steps or say their first words to staring down an unknown medical diagnosis, know you aren’t alone. Hundreds of families have walked this path and more will come. But our corner of Colorado has something special. What we have defies expectations for rural resources. What we have lights a path through the uncertainty.

Our family started the journey of discovering this path when our daughter, Lina, was born. I had a healthy pregnancy, smooth delivery, and suspected nothing out of the ordinary. My husband was the first to notice that her right ear seemed…squished. The nurses hustled over and the doctor was called in. I was still lying there in the fog of giving birth when they told us her ear was closed. She had Microtia or “little ear,” a rare birth defect. She failed her newborn hearing test in her right ear but we didn’t know the extent to which her hearring organs were affected. At that point, the uncertainty was most intimidating. Only having a partial description of what we would be facing was, in a lot of ways, worse than a full diagnosis.

My husband and I were quickly trying to learn everything we could about different kinds of hearing loss. Thankfully, it was only a matter of weeks before being connected to local resources and Microtia specialists at Children’s Hospital. Lina had all the inner mechanisms to be able to hear but no way for the sound to enter her ear so the audiologist fit her with a Bone Anchored Hearing Aid (BAHA) which is a small device she wears on a soft band around her head. Her BAHA turns sounds to vibrations that are sent through the bone and to her brain to be interpreted as sound. Now the question was – how do we actually help her learn how to hear with the device?

Soon after, Lina and our family were connected to our new team of support, the folks who would help us teach Lina how to hear with her BAHA, and enjoy all the sounds that we hear. Tania, a teacher for the Deaf and Hard of Hearing from CO-HEAR, was doing weekly Zoom therapy sessions with Lina at four months old. Even though these sessions were online, Lina was incredibly engaged and receptive to therapy and began making rapid improvements. We were encouraged to bathe her in sound and bathe her in language. We learned how to provide a rich language and sound environment for Lina whether we were at home, outside, in the car or out in the community. Music was one of the ways we did that and the rhythms and sounds sparked a light in Lina that we couldn’t deny. She loved anything to do with music and dancing so we began using this as an opportunity to help her learn. Her brother Oscar (5), also loves music, and the two bop and sing together.

We continued to seek support in the community and came across Horizons Early Intervention. I was nearly in tears after that first phone call. On the other line Michelle was going through all the resources they could offer, all the connections they could establish for years down the road, and all the hope that was to be had for Lina.

We started working with Kate, one of Horizons Early Intervention’s Speech and Language Pathologists. Lina especially enjoys “Kate days” when Kate enters her world and brings more fun and sound to play with games, activities, and songs that reinforce the key components of language. Kate even comes with Lina to a local music group where she helps translate the songs into sign language. Later when Lina developed Torticollis, positioning of the neck and head that can adversely affect development, we started working with Jodi, Early Intervention’s Occupational Therapist. Within minutes of Jodi walking through the door, our living room was completely transformed into a physical therapy playroom complete with couch cushions, coffee tables, and laundry baskets. She took what Lina crawled and played on every day and taught us how to use those things to enhance and encourage her development. The level of in and out of home support that Jodi and Kate have offered through Early Intervention has been unparalleled.

My husband and I have been so grateful for the supportive and thoughtful teachers and therapists who have come alongside our family. They’ve all inspired us to advocate for Lina and for our entire family to help us meet our needs. There is no lack of resources available to families like ours and we feel so fortunate to have these right here at home. We couldn’t be more humbled by the profound impact that the Horizons’ Early Intervention team has had on Lina and our family.

This holiday season we are asking you to make a special gift to Early Intervention. You can be part of defying rural expectations and providing kids like Lina, who may not hear the world like we do, the chance to fall in love with music. Thank you for supporting families like ours in the community.

Give to Early Intervention